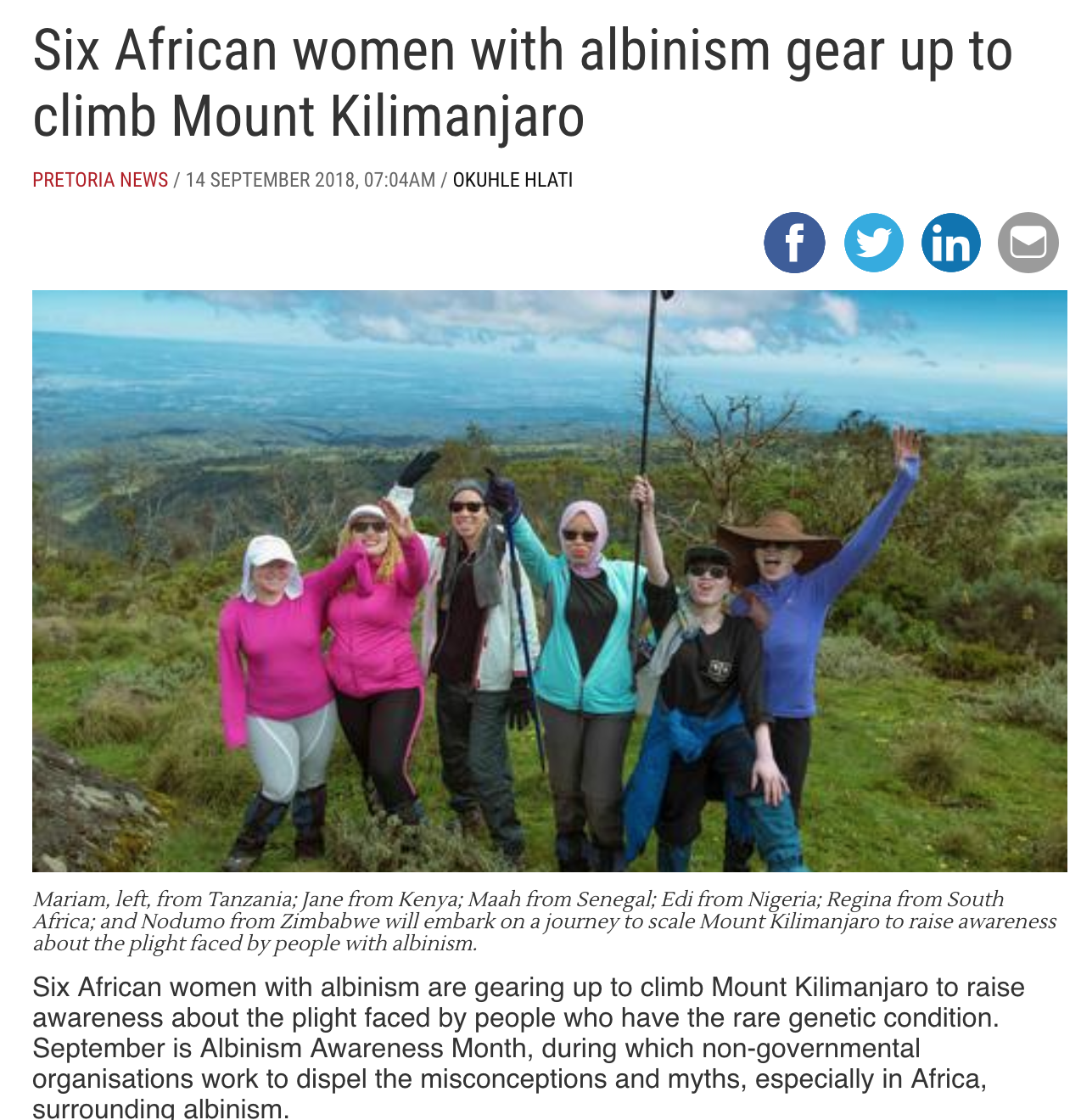 SIX African women with albinism are gearing up to climb Mount Kilimanjaro to raise awareness about the plight faced by people who have the rare genetic condition. September is Albinism Awareness Month, during which non-governmental organisations work to dispel the misconceptions and myths, especially in Africa, surrounding albinism.

Climb For Albinism began as a dream in 2016, and is now becoming a reality for the six women, from various backgrounds and from different African countries.

Their climb to the summit of Kilimanjaro will be used “to demonstrate the ability of women with albinism to be role models”.

Award-winning film-maker Elia Saikaly, who will be leading the team on their trek, said: “The highest point in Africa is the platform we will use to shine a spotlight on this rare genetic disorder, the challenges people with albinism face, and their strength and courage to overcome those challenges.”

The stories of each participant will be shared in the media and told afterwards in a documentary film. South African singer, actress and dancer Regina Ndlovu; Kenyan advocate Jane Waithera; Zimbabwean education consultant and brand strategist Nodumo Ncomanzi; Senegalese musician and Care Albinos Association co-founder Maah Keita; Nigerian optometrist and entrepreneur Edi Onyinye; and Tanzanian activist and entrepreneur Mariam Staford – whose life changed dramatically after both her arms were hacked off with a machete – form the inspirational team. – okuhle.hlati@inl.co.za