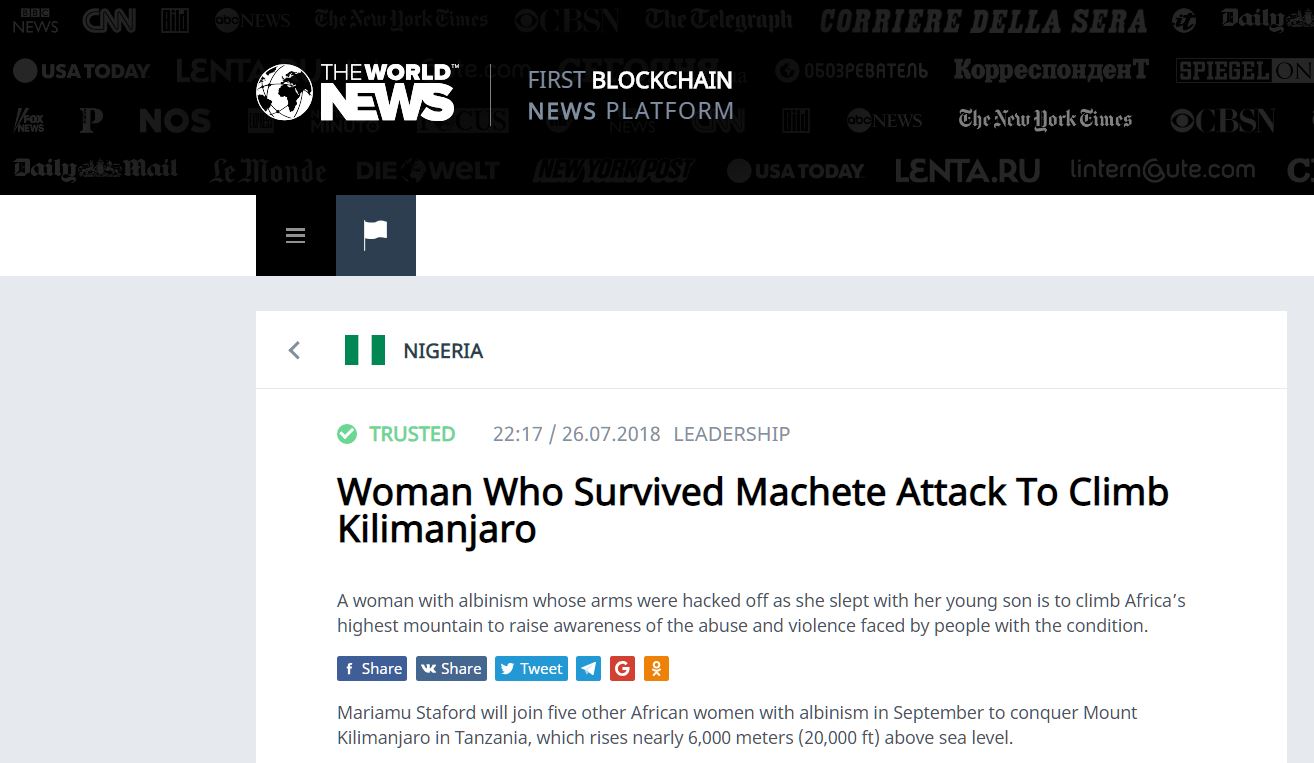 A woman with albinism whose arms were hacked off as she slept with her young son is to climb Africa’s highest mountain to raise awareness of the abuse and violence faced by people with the condition.

Mariamu Staford will join five other African women with albinism in September to conquer Mount Kilimanjaro in Tanzania, which rises nearly 6,000 meters (20,000 ft) above sea level.

People with albinism – a lack of pigmentation in the skin, hair and eyes – are frequently shunned and attacked in Africa.

In some countries, they are targeted for their body parts which are prized in witchcraft for use in lucky charms and magical potions.

Expedition co-leader Jane Waithera said the climb would provide “a platform to amplify our voices from Africa’s highest peak … as symbols of resilience and empowerment”.

Staford, 38, was attacked in 2008 when men armed with machetes broke into her house in Tanzania’s Lake District as she lay with her 2-year-old son.

After being fitted with prosthetics, she learned to operate a knitting machine and runs a clothes business. Although she has identified her attackers no one has been brought to justice.

Copyright LEADERSHIP.
All rights reserved. This material, and other digital content on this website, may not be reproduced, published, broadcast, rewritten or redistributed in whole or in part without prior express written permission from LEADERSHIP Nigeria Newspapers. Contact: editor@leadership.ng