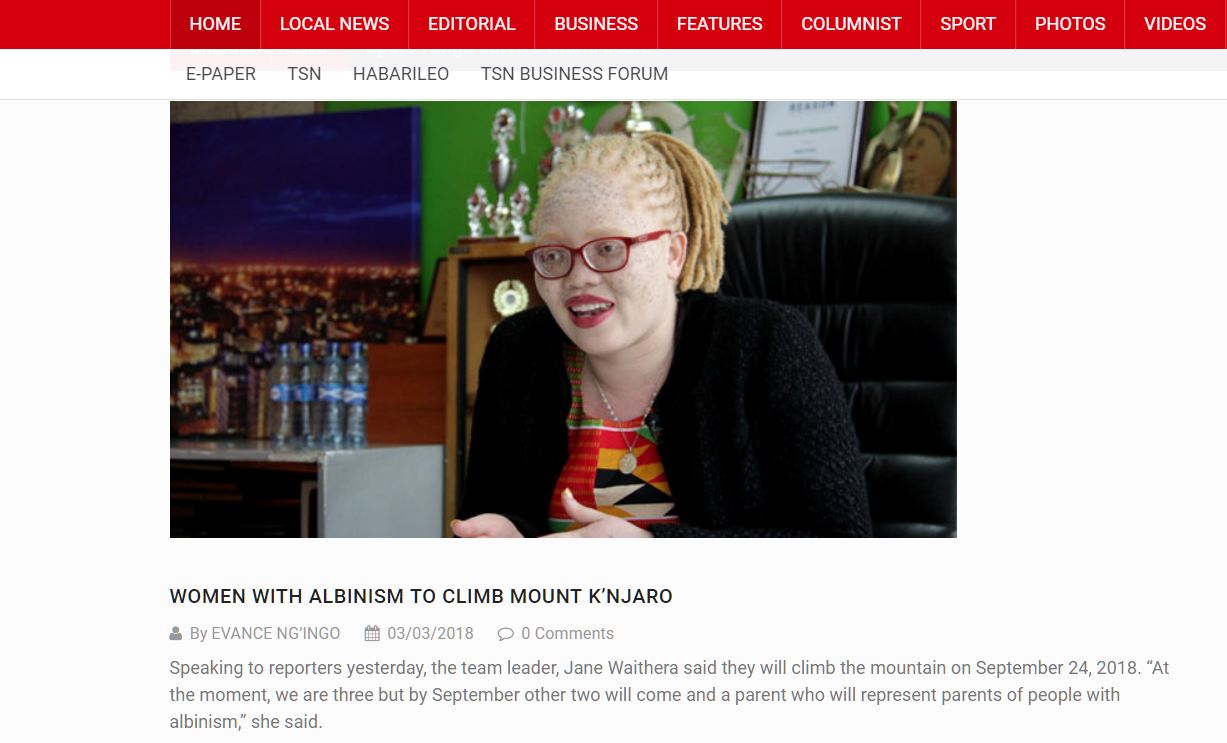 Speaking to reporters yesterday, the team leader, Jane Waithera said they will climb the mountain on September 24, 2018. “At the moment, we are three but by September other two will come and a parent who will represent parents of people with albinism,” she said.

Waithera added, “This will be the first time ever that women with albinism will climb the highest mountain in Africa.” Born with albinism, she was abandoned by her mother soon after birth.

Tanzania climber Marium Stafford, who was the victim of a violent attack in 2008 that left her without arms, believes that climbing Mt. Kilimanjaro is an opportunity to shift perspectives from victimhood to empowerment.

She said the act will also raise awareness about victims of violent attacks. “By standing at the very top of Africa, our team will send a strong message that will help educate communities, and destroy negative stereotypes that promote the prejudice of people with albinism. The World will watch and learn as our team shines,” said Ms Waithera.

The Founder of under ‘The Same Sun’, Peter Ash, said,

“I have a dream one day that people with albinism all across Africa will take their rightful place in every level of society and that the days of discrimination will be a faint memory. I believe this climb will powerfully show the World that this dream is possible.”