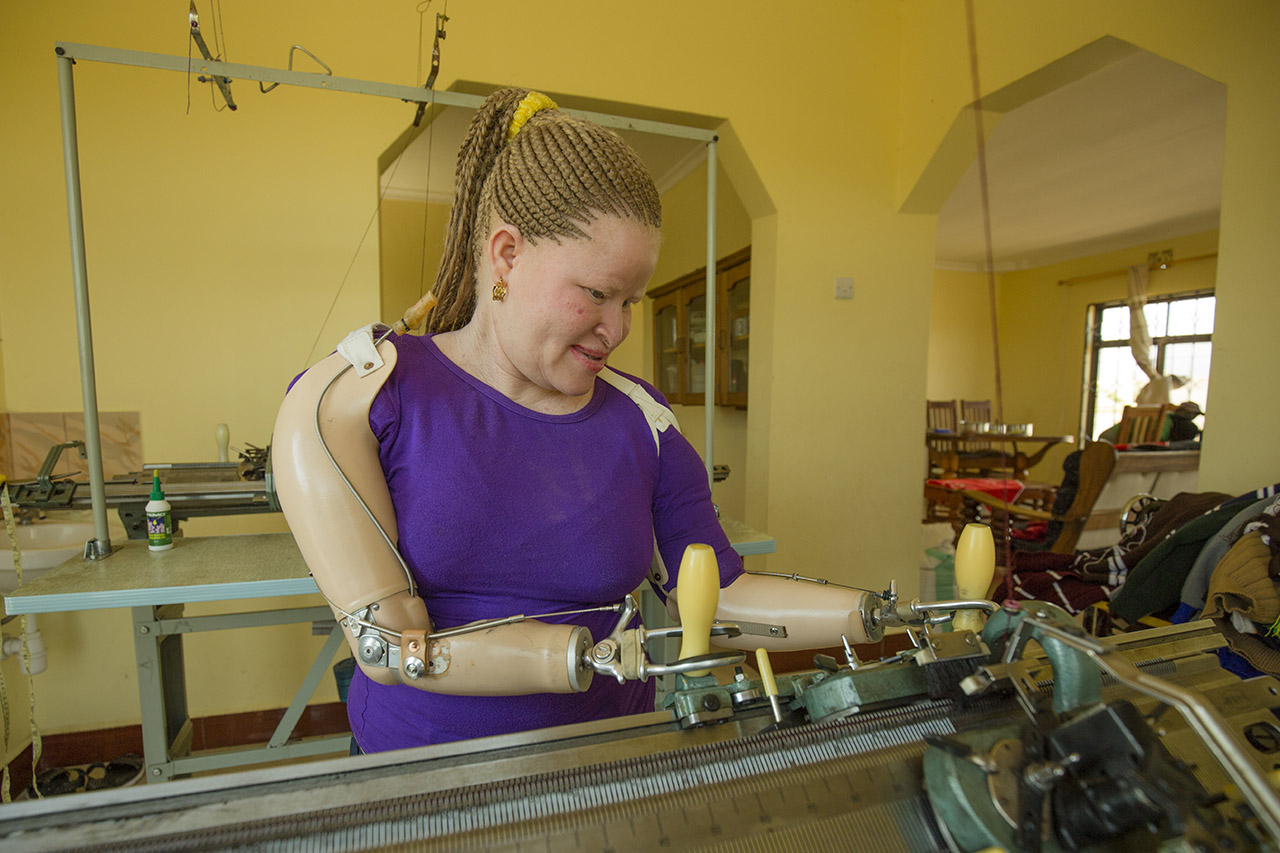 Meet Mariam Staford: Climb for Albinism team member from Tanzania. Mariam survived a vicious attack in her home when two men entered while she was asleep with her son and hacked her arms off with machetes. She was left to die as they fled with her limbs. Why? Because of witchcraft and the supernatural belief that persons with albinism’s body parts yield ‘magical powers’. Miraculously, Mariam survived, although she did lose the baby she was carrying at the time.

Mariam is the ultimate symbol of resilience and strength. She is seen here in her home in Tanzania where she is making sweaters to support herself and her family and son. She’s an independent woman and a shining star that I hand-picked to be a part of this climb and initiative. In many ways, meeting Mariam back in 2016 solidified my commitment to making this project happen. I just couldn’t do nothing. On October 7th, Mariam will stand on the roof of Africa and make a powerful statement to the world and her fellow Africans. I can’t wait to see her make history.